We all remember where we were when we first discovered that Kelvin Mercer (Posdnuos), David Jolicoeur (Trugoy), and Vincent Mason (Maseo) made a song for Parappa the Rapper. I certainly do.

It was during the wee hours on a hot August night, yesterday. I was searching for songs to add to my video game music playlist. Nothing could've prepared me for what I'd find.

Look, I was a child of Nintendo. I never played Parappa the Rapper when I was young. But in my adolescent years, I developed a strong affinity for that special little dog boy with big pants. A dog who raps! What a novelty. Can you imagine? Well, the Parappa the Rapper animated series meant I didn't have to imagine anymore. It was real, manifested before my big, wistful brown eyes.

Even before I developed a fondness for the little rap dog, I had a deep fondness for the vintage Hip Hop music of the Eastern United States. And who better exemplifies the essence of alternative New York Hip Hop, than the Divine Trinity of De La Soul?... What a storied career they've led. The dynamism of their discography unparalleled... They refused to be categorized. Their early "Daisy Age" era was laden with imagery of daisies, peace signs, and rainbows. 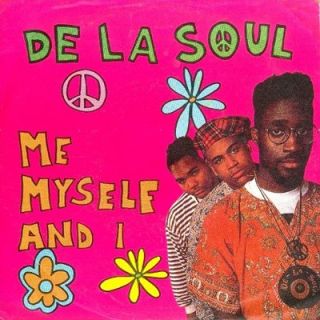 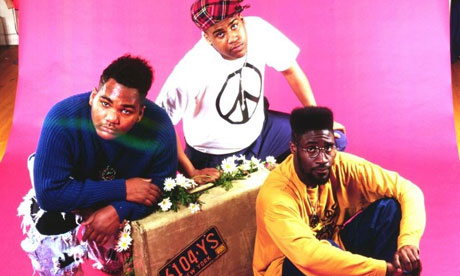 What a novelty! Rap music and daisies? Can you imagine a more newfangled idea on the entire planet? No? Well then, I'm delighted to inform you....

I confess, at this point writing this, I have indeed come to the conclusion that this collaboration isn't that obscure at all! It makes sense to me! Parappa the Rapper isnt even the only virtual, animal-themed musical act that De La Soul has been associated with. Need I remind you that 'twas none other than De La Soul who graced this earth with the infamous Feel Good Inc. laugh?

Regardless, I will continue writing this article as if I didn't think about that.

I have spent a lot of time with this video. Let's get one thing straight: there is no denying the impact this video has on society. There is no denying how specific it is to some people's interests. And I don't know about you, but I think that's okay. I think it's perfectly fine to write a four paragraph rundown of the first 45 seconds of this video and then decide it isn't funny anymore. Whoever that is, They absolutely have the right to make that decision, and it was not a waste of time!

Here is some artwork I made about the subject 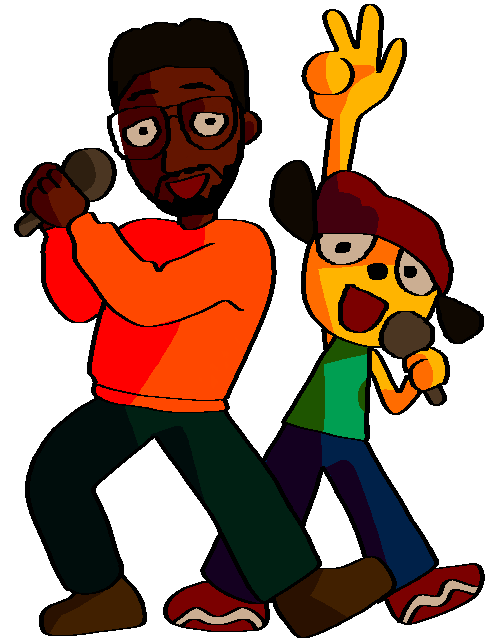 An anonymous source sent a paper to my desk. They were inspired by my previous sentiments, and actually decided to write something! More power to them. It is my duty as a scholar to bring as much publicity as I can to the faithful readers of my big well funded thinktank. The letter I recieved is as follows:

I urge you to consider the metaphysical implications presented in the video. We open on an animal woman relaxing in her crib, who at the click of a button, teleports us to a culinary facility that appears to be the home of multiple commercial appliances dancing on beat with the song. And there is no way to feign naivety here, this facility is indeed an institution where food service workers are underpaid to produce items for the sole purpose of speedy human consumption. Right from the jump, we are faced with the grim reality of obligatory servitude under capitalist society. Indeed, haven't we all at some point danced to the beat of our ruling class? There's no shame in this. After all, weren't we all teleported against our will into that society? A fitting introduction. One we know all too well. One we have been suffering the consequences of since our birth.

Oh, but the dimension warping is far from over! We are now taken to an even higher level of understanding! We cut away to a see a young girl in her living room. But something is off... We see not her face, but her backside as she watches the television intently. The top-down angle of the camera gives us a sense of god-like omniscience. Could the subliminal message here be "have we achieved god status? Have we mastered the act of holy creation?" But no! Another twist! we discover WE are the fools, because that girl wields a remote control that will determine our fate for the next four minutes and twenty seconds. Yet again, we are confronted by our own relative powerlessness.

The next stop in our journey through space is in the kitchen with De La Soul themselves. How curious! They are dressed as chefs! Another twist... It's as if to say: "We are De La Soul. We are musicians. Or are we chefs? Well, it all depends on who is wielding the remote... They proceed to give us a list of commands. "Let me hear you say all right!" the children do as Pasta Noose says. "Let me hear you say ah yeah!" At this point, we are hopelessly entranced. We are driven only by carnage and our own internalized comfort in being subservient. He ends his demands with "I need to hear you say you gotta believe!" Ah hah.... See, a soul as weak as mine has already been made soft and supple, and ripe to be contorted to fit into a hierarchical belief system. ESPECIALLY, if it is for Posternoose of Thhe delasouls.

"If you thought your dreams were fulfilled before, you need to come on back, Jack- look who walked in the door! It's Parappa the Rapper!"

It is now that we're greeted with the true orchestrator of this psychological operation. Could it have been... Parpa the Rarpa?.... MY beloved little dog boy? how could my favorite hip hop puppy be capable of such trickery? What could be his motive, That Is What I WOULD LIKE to know. Positive Nuisance continues "I'm known to emcee for free or a cost" There is no denyin g it, the situation has been demystified. How could an such an honorable figure in the history of hiphop, be manipulated into offering his services for free? I susppsect is was a drawn out process. This can only be achieved through means of total indoctrination.

"If you be at the mosque, synagogue or church
drop to your knees and pray
for Parappa the Rapper to save the day
and make you scream hurray"

BLATENT INDOCTRINATION.... AND? IT IS WORKING. How was a i suchingfucking idiot. hwo was i sofucking ignorant of course this is anthe answer this ahhas been the answer all along i never knew it but i was destined to rise Into Parappas Divine Kingdom I have just checked: My eyes have been healed. The Static is gone. I can see clearly now.... It was always parappa....... it 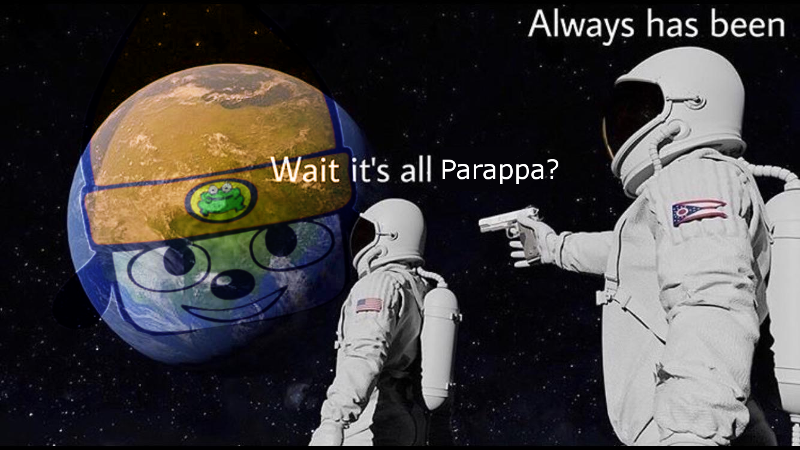